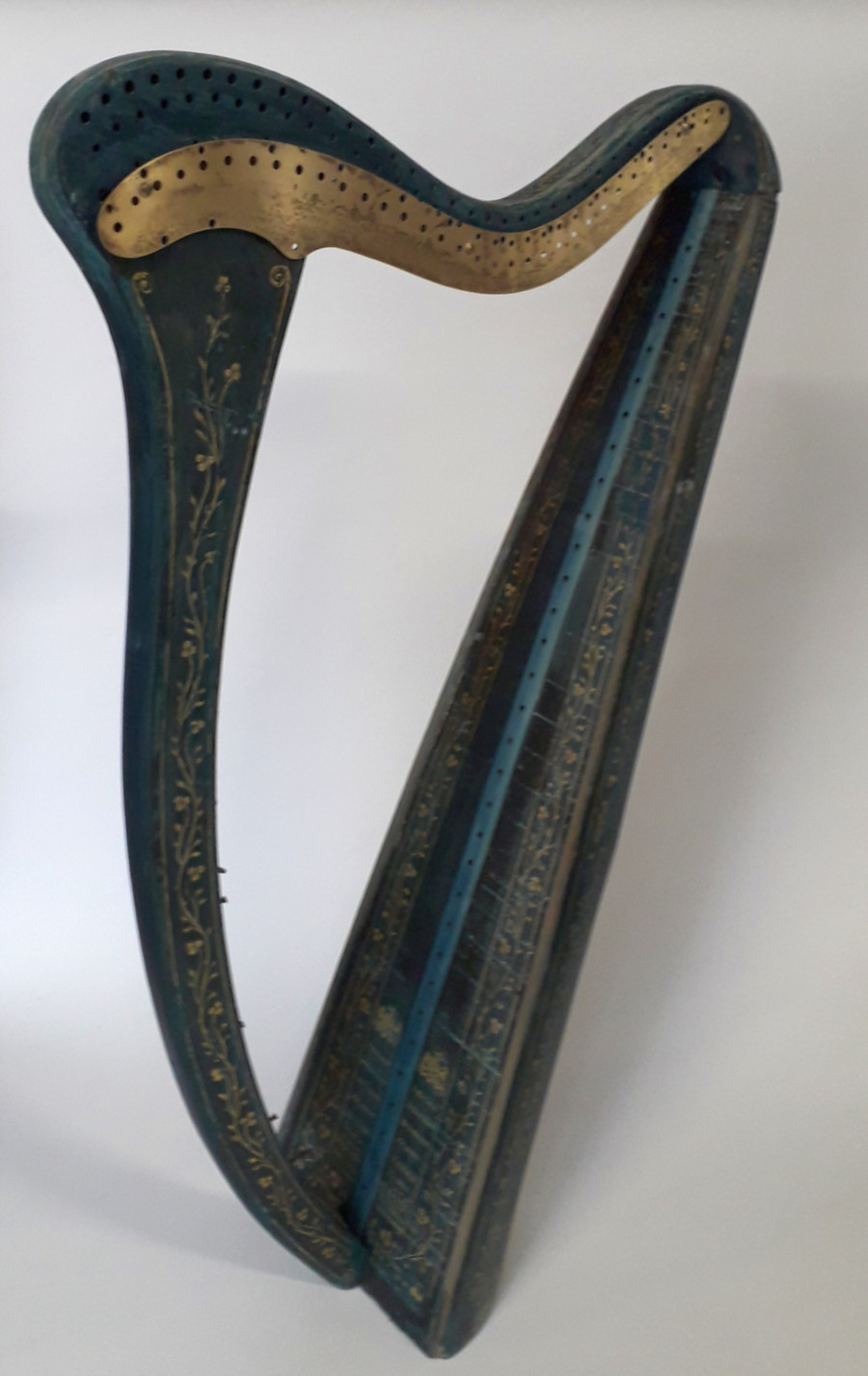 John Egan made the Royal Portable Irish Harp in various models and decorations. The model shown here corresponds most closely to the harp on offer. (The offered harp is currently dismantled to be restored.)

These excellent and rare harps by John Egan have semitone levers (“ditals”)  inside the column, which are operated by hand: By manual move of little pedals in the coloum, rotating discs with pins  shorten strings and produce semitones. This mechanical system has been taken over by John Egan of the large pedal harps of the early 19th c. 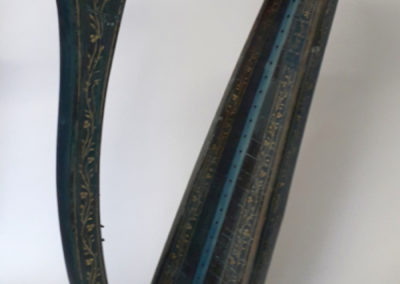 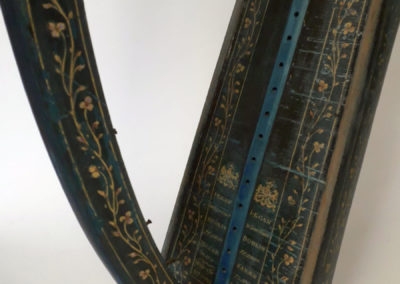 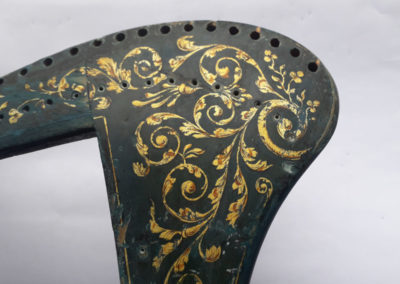 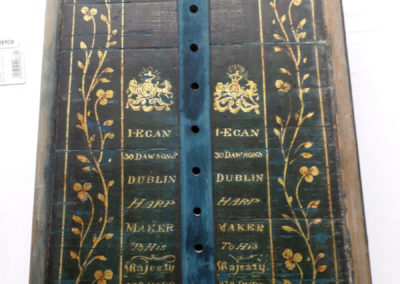 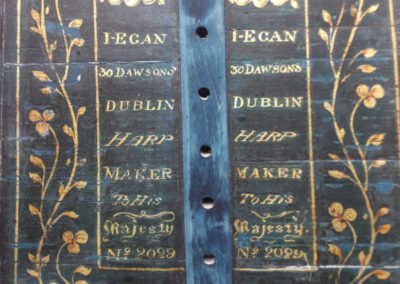